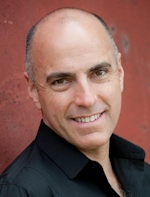 William Michals was last seen on Broadway as Emile de Becque in the landmark revival of Rodgers and Hammerstein's South Pacific at Lincoln Center. Michals made his Broadway debut in Disney's Beauty and the Beast, where he played both The Beast and Gaston. Other roles include Javert in Les Misérables, Chauvelin in The Scarlet Pimpernel, Billy Flynn in Chicago, Captain von Trapp in The Sound of Music, Fred/Petruchio in Kiss Me, Kate, and the title roles in Phantom, The Music Man, and Sweeney Todd. Frequent appearances with the world's leading symphony orchestras. Michals made his PBD debut last year to great acclaim as Cervantes/Don Quixote in Man of La Mancha.