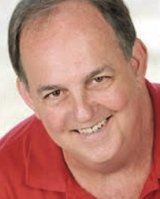 Wayne Steadman is a proud member of AEA, SAG-AFTRA and IATSE (stagehand's union). Some of Wayne's favorite roles include Frederick in A Little Night Music, Sancho in Man of La Mancha (Carbonell nomination), Col. Pickering in My Fair Lady, The Common Man in A Man for All Seasons, and Wilton Dekes in Thumbs at the Actors' Playhouse. In addition, Wayne has toured nationally as Mark Twain, and played the Second Accountant for the FBI in season two of Magic City on the STARZ network. Wayne also teaches theatre to a talented group of students at BAK Middle School of the Arts.