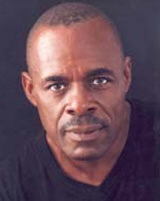 W. Paul Bodie has appeared onstage in the "M" Ensemble production of August Wilson's Gem of the Ocean, I Just Stopped by to See the Man, Radio Golf, The Meeting and Split Second. Recent TV credits include: The Glades, Burn Notice and CSI Miami. He has also appeared in a number of films and TV commercials.