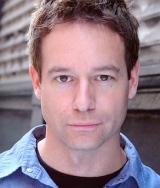 Tim Altmeyer made his PBD debut opposite Estelle Parsons in Israel Horovitz's My Old Lady. He was seen on Broadway in High (2011) with Kathleen Turner; Looped (2010) with Valerie Harper; and Oscar Wilde's Salome (2003) with Al Pacino, directed by Parsons. In 2012, he appeared in the national tour of High, also with Turner. His Off-Broadway credits include the New York premieres of Edward Albee's Occupant and Horton Foote's The Last of the Thorntons (with Parsons), both at the Signature Theatre. He was also in the original Off-Broadway company of Edward Albee's Pulitzer Prize-winning Three Tall Women (with Marian Seldes). Regional theatre highlights include the premieres of Naomi Iizuka's Strike-Slip at the Humana Festival of New American Plays/Actors Theatre of Louisville, and The Notebook of Trigorin by Tennessee Williams (starring Lynn Redgrave) at Cincinnati Playhouse in the Park. Tim is an associate professor at the University of Florida, where he teaches acting.