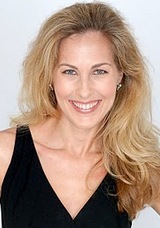 Shelley Keelor is a native of Louisville, Kentucky, and recently moved to Florida from NYC. Since her arrival, she has performed at Riverside Theatre and The River Club in Vero Beach. Her New York and national credits include: Pump Boys and Dinettes, Schmidt and Jones’ Roadside, Cabaret, Always Patsy Cline, Social Security, The Music Man, Kiss Me Kate, The Fantasticks, Will Rogers Follies, and Honky Tonk Angels which debuted at the Piccolo Spoleto Festival. Internationally, Ms. Keelor gave solo performances in Italy, and with the Istanbul State Symphony Orchestra in both Istanbul and at the famed Aspendos Amphitheater in Antalya, Turkey. She is a prizewinner of the 2001 American Traditions Vocal competition of Savannah, Georgia and premiered her one-woman show LISTEN! The Unheard Voices of Animals at the Peace Center for the Performing Arts (South Carolina) to benefit animal organizations.