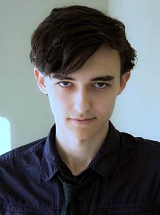 A recent graduate of Dreyfoos School of the Arts, Riley has performed on multiple stages throughout Palm Beach County, playing a variety of roles from dramatic to musical theatre. He performed in two world premieres at Maltz Jupiter theatre, Through the Looking Glass (as the Mad Hatter in 2013 and 2014, and as Tweedledum in the 2012 premiere) and Academy (ensemble). Other acting credits include The Sound of Music at Maltz Jupiter Theatre; Thoroughly Modern Millie, Legally Blonde, Guys and Dolls, and Metamorphoses at Dreyfoos School of the Arts; and multiple community theatre productions, including Big River, Oklahoma!, and Hollywood Arms.