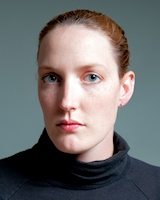 Rachel Blische joined the Box Office team in November 2011. As a part-time Box Office Associate, she spends the other part of her time as a commercial photographer. She photographs the archival images for each of the plays at PBD and you can see her work in this season's brochure was well as on the PBD website. Her theater career started at an early age and continued through high school. In 1998 she began her study of stage combat, and was asked to co-host a workshop on the topic at the University of New Mexico. Her most crucial role was playing Tituba in Arthur Miller's, The Crucible. She has been a dancer most of her life, studying ballet for 16 years as well as jazz, hip-hop/funk, and belly dancing. Rachel graduated in 2009 from the Fashion Institute of Technology and worked as a fashion photographer in NYC. She continues to work for MOSCOT Eyewear in NYC and is the Senior Photo Editor of Wendy Simmons Photography. In April 2010 she moved to downtown West Palm Beach with her husband and Holland Lop-eared bunny.