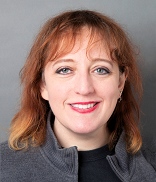 Paula D'Alessandris is the artistic director/founder of Mind The Gap Theatre (MTG), NY's premier theatre company dedicated to producing new British plays and creating an exchange of work between the US and UK. Favorite directing credits include the world premiere of The Cleric (59E59 Theaters), the US premiere of Georgia Fitch's Adrenalin...Heart, the NY premiere of David Eldridge's Under the Blue Sky, Gary Owen's In the Pipeline, Dan Remmes' What Doesn't Kill Us, her stage adaptation of Gary Oldman's Nil By Mouth, and Alan Bennett's Talking Heads. She directed three consecutive winners at the Samuel French Festival and many pieces in MTG's popular BritBits series of short plays. In 2013 Paula received the Mike Ockrent Fellowship and worked under Sean Mathias on the Broadway production of Waiting for Godot and the Broadway and Berkeley Rep productions of No Man's Land, both of which starred Ian McKellen and Patrick Stewart. www.mindthegaptheatre.com