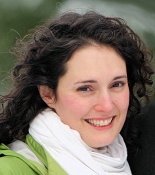 Directing credits include Radio Hour at Yale Cabaret; The Living Dolls, which she co-wrote, produced by Yale Cabaret at GPSCY; two devised pieces, Feast I and Feast II, at Lucid Jazz Lounge in Seattle. Paula recently graduated from the MFA Directing Program at the University of Washington in Seattle, where she directed the American premiere of Rona Munro's The Last Witch, Translations by Brian Friel, and The Mystery Plays by Roberto Aguirre-Sacasa. Her short film, Dolci, was seen at film festivals across the country and was nominated for several awards. Before graduate school, Paula directed numerous productions, including Edgar Lee Masters' Spoon River Anthology with Seattle's homeless teens. She is the recipient of a Directing Internship from Milwaukee Repertory Theater and a Career Development Award from the Stage Directors and Choreographers Society. She most recently worked with Joe Haj as assistant director on Cabaret at PlayMakers Repertory Company.