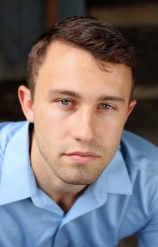 Mike is an actor and fight choreographer who received a BA in Theatre Arts from the University of Pittsburgh. At Florida Repertory Theatre, he appeared in Around the World in 80 Days, staged readings of Split in Three and Where I Dwell, and the Children's Theatre Series productions of Journey to Oz and The True Story of the Three Little Pigs. He has also appeared in The Lost Colony, at Pittsburgh Musical Theater, and at Pittsburgh Shakespeare in the Parks. Mike is a proud Equity membership candidate, and a member of the Society of American Fight Directors.