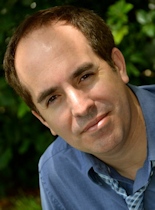 Michael Ursua is resident musical director of The Wick Theatre. Michael directed and was musical director of The Wick's acclaimed opening production of The Sound of Music, which was nominated for a 2013 Carbonell Award for Best Production of a Musical. He has been musical director, pianist, and/or conductor in New York, on national tours, and in regional theatre for productions of Sweeney Todd, Hello, Dolly!, Into the Woods, Buddy: The Buddy Holly Story, and Singin' in the Rain, among many others. Directorial credits include regional productions of Annie Get Your Gun, Thoroughly Modern Millie, Sweet Charity, and Into the Woods.