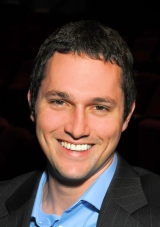 Matt McCord is happy to be starting his very first season as scenic carpenter for Palm Beach Dramaworks. Matt attended Stetson University followed by an internship at Florida Stage. After returning to his hometown of Washington, D.C., Matt worked with several regional theaters including Arena Stage, The Shakespeare Theatre Company as well as assuming the role of Technical Director/Designer for Gonzaga College High School's Drama Department. In October of 2012 Matt was fortunate enough to travel with Synetic Theater Company on tour to the Republic of Georgia where they preformed two productions at the Rustaveli National Theatre in Tbilisi. Matt would like to thank his family for their love and support throughout his often tumultuous career in technical theatre.