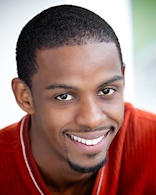 Marckenson Charles was last seen in the GableStage production of Ruined. He is a proud Carbonell Award recipient for his work in Superior Donuts. He was also a recipient of the Silver Palm Award for his outstanding performances in A Behanding in Spokane and the world premiere of Michael McKeever's Stuff. Some of his other favorite roles include Thami in Groundswell, Oberon in A Midsummer Night's Dream, and Lincoln in Topdog/Underdog. TV and film credits include sci-fi thriller 2-Headed Shark Attack, and the USA Network production of Graceland, coming this summer.