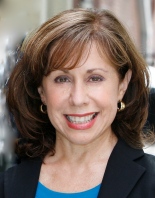 Since arriving in New York to work alongside Tommy Tune on the development of the Broadway musical My One And Only, Lynnette has been extremely prolific as a director, choreographer, and writer. She has worked everywhere from off-Broadway, national tours, and regional theatre to corporate industrials and award galas. Off-Broadway credits include Leave It to Jane (director), and The Gifts of the Magi, Anything Cole, and The Road To Hollywood (choreographer). Regional: Directed The Voice of The Prairie, Moonshadow, Golf With Alan Shepard, Sisters of Swing, and Backwards in High Heels (Florida Stage); Ragtime and Jekyll & Hyde (Gateway Playhouse); Joseph and the Amazing Technicolor Dreamcoat and Godspell (Theatrefest); Nine and The Best Little Whorehouse In Texas (Candlewood Playhouse); and Later Life (American Stage Theatre Company). Lynnette also co-wrote the original musicals Backwards In High Heels (with Christopher McGovern) and Beguiled Again (with J. Barry Lewis and Craig Ames). She is currently in development on the new original musical Swing Sisters. Lynnette is a proud, long-standing member of SDC (Society of Stage Directors and Choreographers).