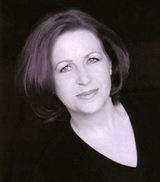 Lisa Morgan received Carbonell Awards for her performance in 2007 as Martha in Who's Afraid of Virginia Woolf? (Palm Beach Dramaworks) and the previous year as Nancy in Frozen (Gablestage). Ms. Morgan has just completed a critical and audience smash-hit production as Sister Aloysius in Doubt at Florida Repertory Theatre. She was named Best Actress of 2007 by Miami SunPost and one of the Top Picks of 2007 by Miami New Times for her performance as Golda Meir in the one woman show Golda's Balcony (GableStage). She was also named one of the Top Picks of 2007 by Broward/Palm Beach New Times for her performance in Triptych (Inside Out Theatre Company). Apart from the above, favorite roles include Mrs. Warren in Mrs. Warren's Profession (Banyan Theatre), Theresa in Memory of Water (Mosaic Theatre), Shirley in Shirley Valentine (Area Stage), Valerie in The Weir (New Theatre), Grace in Faith Healer (Banyan Theatre), Rose in Enchanted April (Florida Rep), Mrs. Hudson in Sherlock's Last Case (Actors' Playhouse) and Timothea in Sea Marks (Area Stage). Lisa has worked extensively in the UK performing lead roles in many National Tours and in London's West End. Lisa is married to the renowned artist John Hulse and is a long time member of Actors' Equity Association.