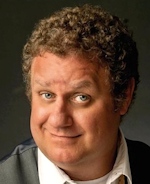 Winner of a Carbonell Award, Silver Palm Award and New Times "Best of" Award, Ken has appeared at PBD in Zorba! and Man of La Mancha. Recent South Florida credits include The Last Schwartz, Chicago, Driving Miss Daisy, Fox on the Fairway, Last of the Red Hot Lovers, and The Diary of a Madman. TV and film credits include I Love You Phillip Morris, Sex Drive, Burn Notice, The Glades, Magic City, and Pain and Gain. Last winter Ken appeared at the Kennedy Center as Santa in the national tour of Elf The Musical.