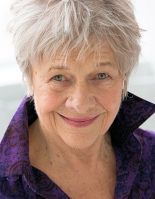 Joshua Grosso is a Musical Theatre major at Carnegie Mellon University's School of Drama. He has the distinction of being the winner of the 2012 National High School Musical Theater Award for Best Performance by an Actor; his award-winning performance was presented at Broadway's Minskoff Theatre. Joshua was also featured in the PBS documentary Broadway or Bust. He recently took part in his first professional reading, Tinyard Hill, at Arts Garage's Summer Tune-Up series.