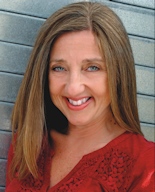 Jeni Hacker appeared earlier this season as Mel in The Hummingbird Wars at the Theatre at Arts Garage, Eve in Ruthless! The Musical at Actors' Playhouse, and Angela in Better Than Damn Good for the Miami Made Festival at the Adrienne Arsht Center. She was seen last summer at the Theatre at Arts Garage's Summer Tune-Up Series, portraying May in Tinyard Hill, Mom in Dani Girl, and Woman 2 in The Longing and the Short of It. Other recent roles: Peggy in Godspell and Woman 3 in the world premiere of See Jane Run!.