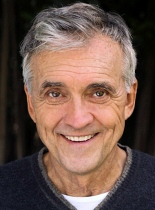 Jeff Cowie received the 2015 LA Drama Critics Circle Award for his design of the Tony Award-winning production of The Trip to Bountiful. His other Broadway designs include the Tony nominated Dividing the Estate (Lincoln Center Theater). In 2010, he won a Drama Desk Award and the American Theatre Wing's Henry Hewes Design Award for The Orphans' Home Cycle at Signature Theatre Company. Other off-Broadway credits include Roundabout Theatre Company, Playwrights Horizons, and Primary Stages, among others. He has designed at our nation's major theatres, including the Alley Theatre, the Guthrie Theater, the Goodman Theatre, and Hartford Stage. He is a graduate of the Rhode Island School of Design.