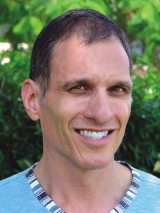 Howard Breitbart is a musical director, arranger, and pianist from Washington, DC, who performs in many theatres and cabarets in the DC area. Favorite projects include musical direction of Closer Than Ever, The Last Five Years, and A Broadway Christmas Carol at MetroStage, and Caroline, Or Change at Studio Theatre. Cabaret includes the Lost Songs of Broadway series at Signature Theatre, and several concerts at Everyman Theatre featuring the music of Rodgers and Hammerstein and Hart, Dorothy Fields, and Irving Berlin. He recently appeared at New York's Metropolitan Room with Delores Williams, performing The Music and Unbelievable Life of Peggy Lee.