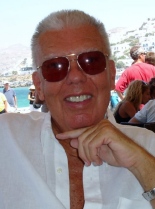 Hal Johnstone first appeared at PBD in 2001, and was nominated for a Curtain Up Award as Best Actor for his performance as Sir in the acclaimed 2003 production of The Dresser. He was an actor for over 40 years with a Masters Degree in Theatre from NYU.