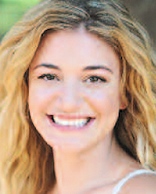 Gretchen Porro recently played Kate in The Hummingbirds Wars at Arts Garage and Julia in The Birds at American Stage. Other credits include Chris in Dancing at Lughnasa at PBD, Miss Chasen in Once in a Lifetime at Asolo Repertory Theatre, Regina in Ghosts at the Banyan Theater Company, Betty Paris in The Crucible at St. Louis Repertory Theatre and Cincinnati Playhouse in the Park. Gretchen was named a Sarasota Magazine critic's choice for her performance as Steph in reasons to be pretty and Lance in Two Gentlemen of Verona. Gretchen has an MFA from FSU/Asolo Theatre