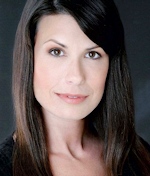 Elizabeth Sackett was most recently seen at PBD playing multiple roles in Zorba! Favorite roles include Rosa Bud in The Mystery of Edwin Drood, K.C. in My Favorite Year, April in Company, Hope in Anything Goes, Johanna in Sweeney Todd, and Cinderella in Into The Woods. She was a member of the critically acclaimed a capella group Voices of Liberty at Walt Disney World, and can be seen regularly at the Delray Beach Playhouse in its Musical Memories programs.