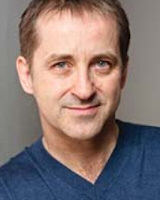 Declan Mooney is delighted to be back at Palm Beach Dramaworks. He previously appeared with pbd in The Pitmen Painters and The Weir. Broadway: The Seafarer, Stones in his Pockets. Off-Broadway: Shadow of a Gunman, The Playboy of the Western World, Pigtown (Irish Rep), Trust (Kirk Theatre), Paddywack (Mint Theatre). Regional credits include: Stones in his Pockets at The Caldwell Theatre and The Seafarer at Capital Rep. He has also toured the US with Belfast's Lyric Theatre in their production of Philadelphia, Here I Come! Declan is a graduate of The Neighborhood Playhouse School of the Theatre in New York City.