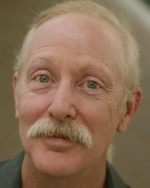 Dan Leonard has been seen at PBD as Charles Webb in Our Town, the Old Man in The Chairs, Walter in The Price, Frank in Educating Rita, and most recently Father Dewis in Buried Child. Florida audiences may also recognize him from his work at Florida Stage, the Caldwell Theatre, and GableStage, among others. He is a multiple Carbonell nominee and winner, and recipient of the Frank Prize for Performing Artist in 2011. Dan served for seven years as playwright-in-residence for The Learning Stage, and was recently the winner of the Actors' Playhouse Page to Stage competition for his play Aftermath Of A Boom. A U.S. Army vet, he now makes his home in West Palm Beach.