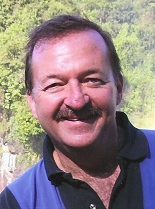 Cliff Goulet appeared as a singer for PBD's Gala Grand Opening on 11/11/11, and more recently as Hucklebee in The Fantasticks. Other Florida credits include South Pacific at both Riverside Theatre and the Alhambra Theatre, and Carousel, Phantom of the Opera, and My One And Only at Jupiter Theatre. Several seasons at New Hampshire Performing Arts Center's Palace Theatre, and multiple tours of Evita (including Europe and Scandinavia). TV: Law & Order, L&O:SVU, L&O: CI. Film: Burn After Reading, Wall Street, Random Hearts, Quick Change, among others.