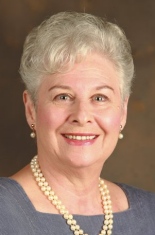 This marks Char's sixth appearance with PBD; her favorite role was Grandma in Edward Albee's The American Dream. She has also performed professionally in plays and musicals with a number of other Florida theatres since 1994. Before she turned professional, Char had 53 leading or featured roles in community theatre productions in the East and Midwest. She has directed, taught, and coached, appeared in TV commercials and done voice-overs for radio, and is the author of a non-fiction book.