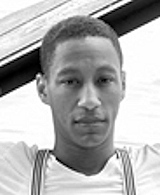 Brian P. Whitted is a native of Fayetteville, NC. He was homeschooled by his grandmother before attending high school at the University of North Carolina School of the Arts and college at UNC Greensboro. Since moving to New York, he has realized a number of his dreams. He is music director of the George Faison Firehouse in Harlem, which has enabled him to work with such artists as Stephanie Mills, Roberta Flack, Tony Terry, Melba Moore, BeBe Winans, Phylicia Rashad, Mario Cantone, Brian McKnight, Ashford & Simpson, and Cook, Dixon & Young. He made his Broadway debut as a musician in Kander and Ebb's Chicago, and recently completed the Broadway run of Violet. He has done countless concerts and cabarets with Broadway stars, including the recent tribute concert, What's It All About Miss Dionne?, honoring Dionne Warwick. He also continues as pianist, arranger, and background singer for Bette Midler.