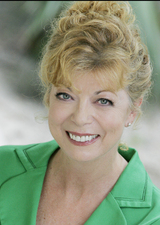 This production marks Angie's ninth appearance on the PBD stage. Previous appearances include Buried Child, A Delicate Balance, Three Tall Women, The Fourth Wall, The Dresser, and Exit the King, for which her performance as  Queen Margeruite earned her a third Carbonell Award for Best Supporting Actress. She was previously honored for Cabaret (Maltz Jupiter Theatre) and Stuff (Caldwell Theatre Company). Her work has been cited by New Times and BroadwayWorld.com, and she recently received a Silver Palm Award for Mothers and Sons at GableStage. She was previously honored with a Silver Palm for her work in The Glass Menagerie (New Theatre) and Speaking Elephant (Women's Theatre Project). Other South Florida credits include Florida Stage, Actors' Playhouse, The Wick, and Zoetic Stage.